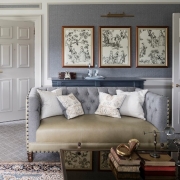 A doubt lingers because we know that mechanical things fail, people make mistakes and aviation, like the sea, is inherently unforgiving of failure or mistake.

That thought was on my mind recently when we took off from Burlington, Vermont, aboard a classic old airplane, a twin engine DC-3 built in 1945. Less than three hours later, in a flash event, both the failure and the mistake happened at the same time.

The flight left at first light on a cold but clear morning in early April. I was the co-pilot sitting in the right front cockpit seat and happy to be there; in fact I had waited more than 60 years to be there. We were flying northeast toward Goose Bay on a trip that was to be the first leg of a planned journey across the North Atlantic to deliver the airplane to its new home in Russia.

After crossing the broad reach of the Gulf of St. Lawrence, we flew towards the Labrador border over a long stretch of still frozen Canadian wilderness. My immediate duty then was to mentor the man in the left seat. He was the plane’s new owner, a Russian businessman and amateur pilot named Yevgeny Barsov, who was getting some practice at flying the airplane by hand.

Without any warning the left engine began loudly complaining with a series of pops, chuffs, backfires and vibrations, all the while steadily losing power. As the engine failed, the airplane slewed around to the left and started down. Yevgeny, who had no prior experience with that kind of failure or its consequences, was quickly losing control. In a few seconds we went from level flight to an unrestrained dive that was taking us down toward a rocky ridge just below.

I said, “I’ve got it,” as I pulled the nose up, pushed the right throttle forward, rolled out of the turn, and cranked in some rudder and elevator trim; all to get us back to straight and level flight again. By that time Mike, the DC-3’s captain who was sitting in the cockpit jump seat just behind us, was between the pilot seats and moving the left throttle, propeller and mixture levers in an attempt to find a combination of settings that would get power back.

Mike found a sweet spot, a reduced power setting where the vibration stopped and we were still getting some thrust out of the left engine. A visual inspection showed no fire and the oil pressure held steady. We elected to keep it running for the generator, hydraulic and vacuum power it was giving us. We were definitely in trouble and it was time to get on the ground soon, but where or when? We made a quick decision to divert to the last airport we had seen on the coastline many miles behind. I began a slow, shallow turn to reverse course.

Flying with less engine power, the DC-3 could make only about 120 mph airspeed, enough to stay in the air but not enough to get anywhere fast. On the long flight back the way we had come, I kept a lookout over the endless forest that rolled off to the horizon in search of places to put down if we had to, all the while listening intently to the sound of the right engine. The only clearings were a few frozen lakes, nothing else. How strong was the ice this late? Winter was almost over. After about 40 anxious minutes, the airport we were looking for gradually came into view. Mike got in the left seat and made a perfect single-engine landing at Sept Iles, Quebec.

Join Our Reseller Network
Get in Touch With Us Here

Get Inspired
About us
Become a Reseller

Join Our Reseller Network
Get in Touch With Us Here

Get Inspired
About us
Become a Reseller

We may request cookies to be set on your device. We use cookies to let us know when you visit our websites, how you interact with us, to enrich your user experience, and to customize your relationship with our website.

Click on the different category headings to find out more. You can also change some of your preferences. Note that blocking some types of cookies may impact your experience on our websites and the services we are able to offer.

These cookies are strictly necessary to provide you with services available through our website and to use some of its features.

Because these cookies are strictly necessary to deliver the website, refusing them will have impact how our site functions. You always can block or delete cookies by changing your browser settings and force blocking all cookies on this website. But this will always prompt you to accept/refuse cookies when revisiting our site.

We fully respect if you want to refuse cookies but to avoid asking you again and again kindly allow us to store a cookie for that. You are free to opt out any time or opt in for other cookies to get a better experience. If you refuse cookies we will remove all set cookies in our domain.

We provide you with a list of stored cookies on your computer in our domain so you can check what we stored. Due to security reasons we are not able to show or modify cookies from other domains. You can check these in your browser security settings.

These cookies collect information that is used either in aggregate form to help us understand how our website is being used or how effective our marketing campaigns are, or to help us customize our website and application for you in order to enhance your experience.

If you do not want that we track your visit to our site you can disable tracking in your browser here:

We also use different external services like Google Webfonts, Google Maps, and external Video providers. Since these providers may collect personal data like your IP address we allow you to block them here. Please be aware that this might heavily reduce the functionality and appearance of our site. Changes will take effect once you reload the page.

The following cookies are also needed - You can choose if you want to allow them: